The store will not work correctly in the case when cookies are disabled.
Categories 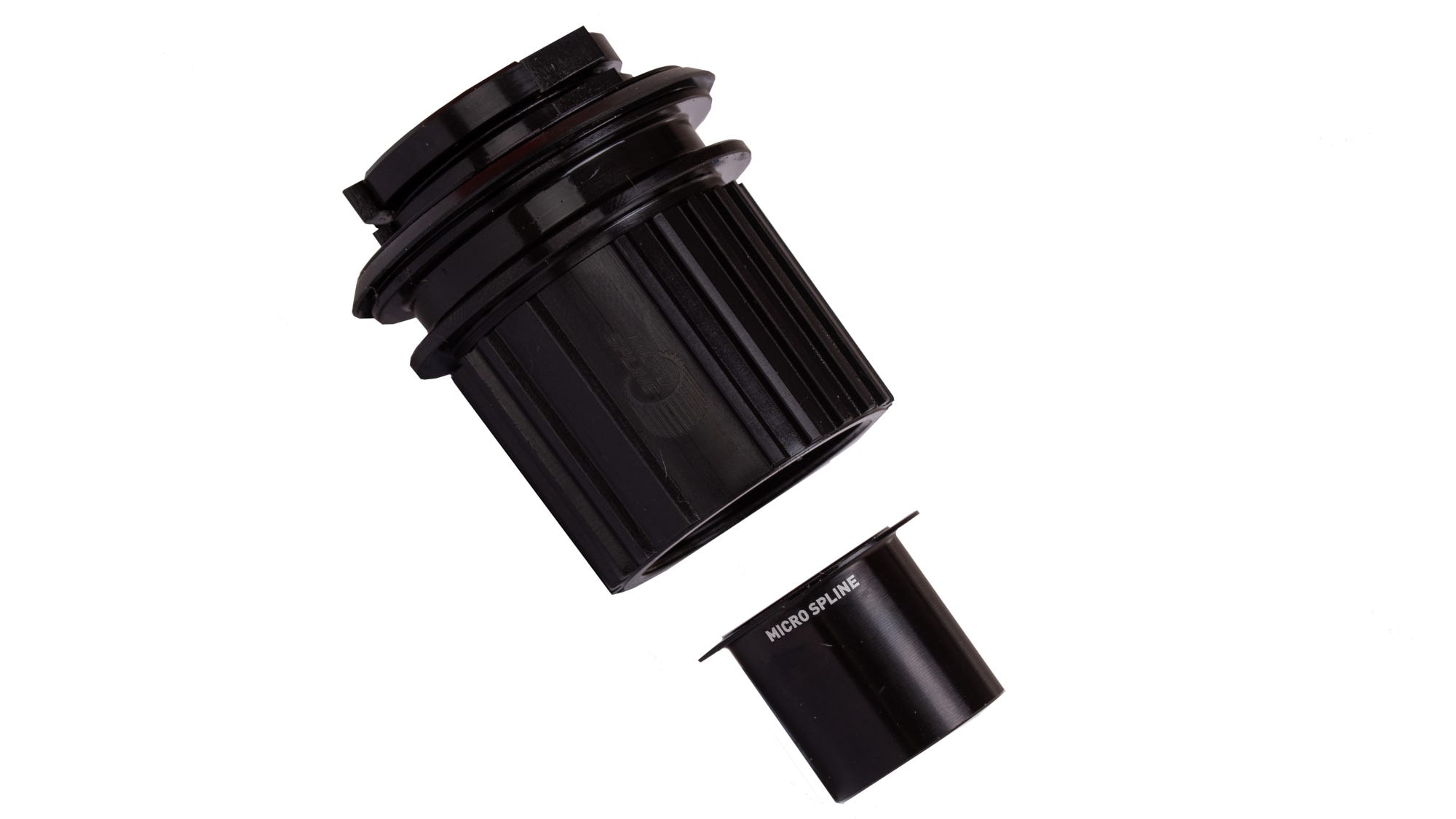 When Shimano released its 12-speed mountain bike groupsets, there were a whole host of improvements over the previous generation, and one more sprocket on the cassette. But one of the most important changes – and one that you need to know about if you want to go 12-speed – is the Microspline freehub body.

But the thing is, not all cassette fit on all freehub bodies. If you’re running an 11-speed or older Shimano drivetrain, you’ll almost certainly be using an HG (Hyperglide) cassette and corresponding freehub body. That’s the standard Shimano has been using for years now, and one that’s ubiquitous across their road and MTB drivetrains.

The difference between an HG and a Microspline freehub body is obvious just from looking at them. The spline pattern is noticeably different between the two and the Microspline body is smaller and more compact, and with 23 small splines, including one larger one to ensure you put the cassette on in the correct orientation, it’s not hard to see where the Microspline name came from.

Part of the reason Microspline came into existence is that in going 12-speed, Shimano changed their MTB cassettes so that the smallest sprocket is now 10t rather than 11t. That 10t cog couldn’t be accommodated on the older freehub body, so creating a new design was the answer.

So what does Microspline mean? Well if you want to go 12-speed on your MTB, then you’ll either need a new set of wheels or – if your wheel brand of choice can do it – you need to change the freehub body. If you’re running DT Swiss wheels then you’re in luck as you can simply replace the freehub body on your existing wheelset, but for a lot of other brands you’ll need to replace the whole rear wheel.