How to choose a commuting bike 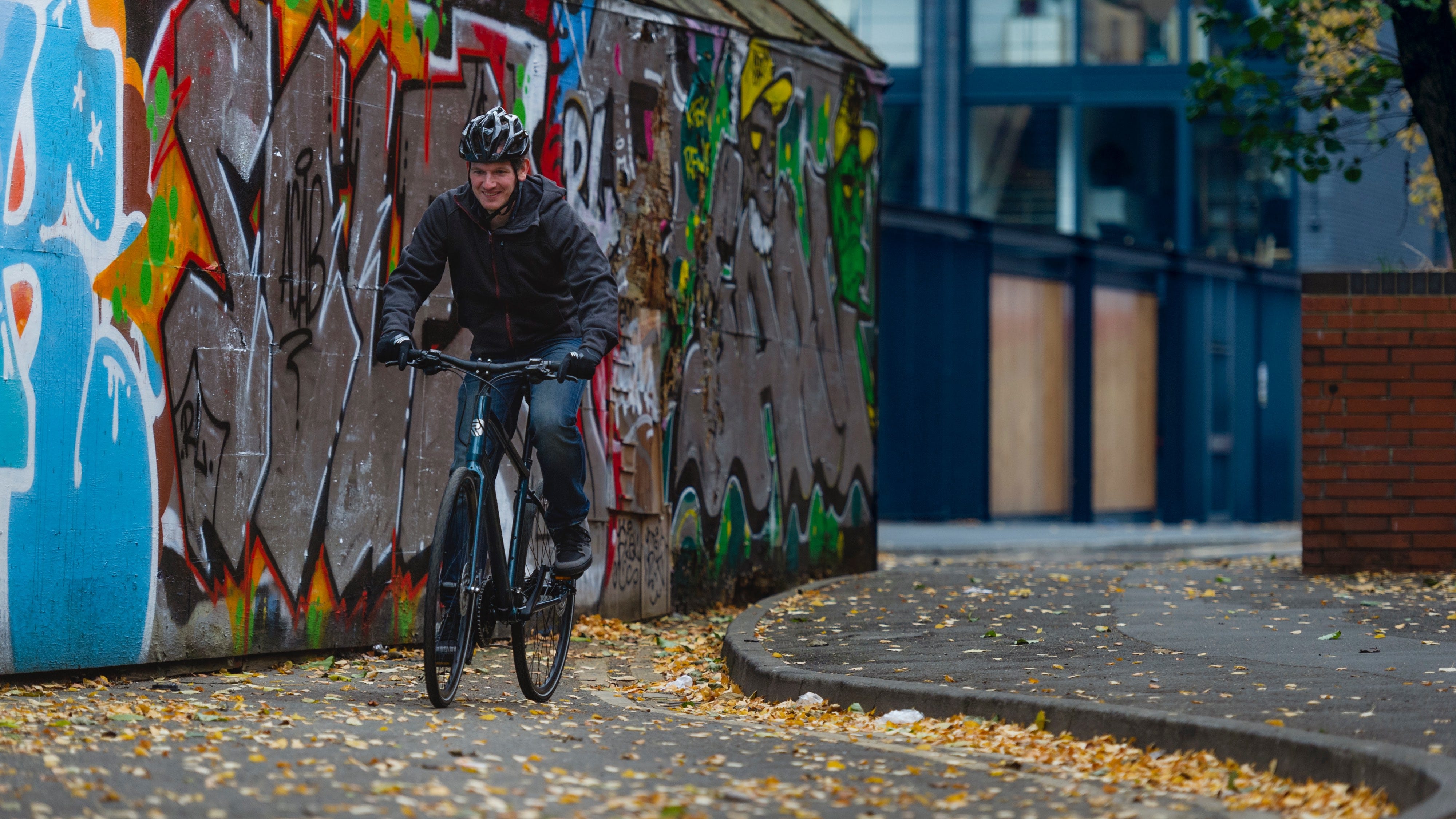 So you want to commute by bike? Well that makes sense, now more than ever. Riding to work is a great way to start the day, it’s environmentally friendly, it gives you exercise and means you don’t have to share a cramped space with loads of other people.

But, like with almost everything, you need to have a think about exactly what riding to work requires. It’s a little more complicated than simply buying the first bike you find, throwing your leg over the top tube a starting to ride. Here’s a guide to what to look for in a commuting bike, and some of the best bikes for the job from Genesis, Ridgeback and Saracen.

First off, you need to think about what the ride will be like and what route you’re going to take. For example, if your ride's flat then you could think about getting a single speed bike, but if it’s hilly you need to make sure that you have a bike geared (quite literally) to that terrain. Nobody wants to be pushing a bike up the hills.

Similarly, think about whether you’ll be riding it all on roads or whether you might need to ride down a towpath or gravel track at any point. Those 25mm road tyres will be great on tarmac, but you’ll find them a little unforgiving and puncture prone if you head off-road at any point.

Are you going to be riding year-round? Or just in good weather? If you want to be an all-weather commuter you definitely need to think about buying a bike with mudguards or at least with mounts to fit them on when the rain comes. Especially if you’re wanting to commute in clothing that doesn’t dry out as fast as lycra. Getting back into wet clothes when you want to ride home is a genuinely miserable experience.

Also think about your experience level. You may want to jump right on that road bike because it looks great, but if you haven’t ridden for a while you’ll find that a long and low riding position will give you back ache very quickly. Road bikes also have quite sharp handling, so if you’re not confident you don’t want to start riding one of those in traffic straight away.

How far is it?

Let’s be honest, you don’t need a fancy road bike to ride three miles to work. They’re not all that comfy for city riding, even worse in normal clothes and it’s just a hassle if you can’t take much stuff with you.

If you have a short commute then a hybrid might be exactly what you’re after. They’re practical, easy to ride and the position is much more forgiving. Most of them will accept panniers or bags, too, so you don’t even have to ride with a backpack if you don’t want to.

On the other hand, if you want to ride to work in the clothes you’ll be wearing all day then maybe an eBike is the way to go. eBikes will stop you arriving to the office drenched in sweat and mean you won’t be getting dirty looks from co-workers who avoid you all day because you smell like a gym changing room.

Is there cycle parking?

If yes, then any bike will get the job done. If no, then maybe you need a folding bike? The same goes for if part of your journey involves the train of public transport. A lot of trains (including pretty much all of those going into London) won’t even let you take a normal bike on during rush hour or will ask you to store the bike in a specific compartment - neither of which make for a happy experience.

It’s also worth thinking about the value of the bike. Commuting on your five grand road bike might seem like a cool thing to do, but if you have to lock it up on a public lock outside your offices, don’t be surprised if you come out to ride home one evening and some little git has made off with your pride and joy. You’ll probably struggle to get cycle insurance for locking an expensive bike in a public place, too.

How many bikes do you/can you own?

This one is less about the actual act of commuting and more about the logistics of owning bikes. Sure, the joke is that the number of bikes you own should always be one more than you currently have, but if you genuinely want one bike for commuting and riding for fun that might be when you have to make a compromise.

If you really want to ride on the road, or gravel ride or even MTB but can only afford/only have space for one bike, that’s when the rules might have to be broken and you’ll need to make what you have work. The only exception is if you really want to be a downhill mountain biker but can only store one bike - riding into work on your Saracen Myst is probably a step too far.

There are loads of great things about single speed bikes, and the Genesis Flyer has all those and a few more. First off, one gear means no hassle, whether that’s having to shift or simply having to make sure your gears work properly if they go out of alignment. You don’t have to worry about any of that on a single speed, it really is a bike for people who want minimal hassle.

On top of that, the Flyer comes with mudguards as standard so it’s ready for all-weather riding right out of the box.

Remember, though, fixed-gear and single-speed aren’t exactly the same thing. On a fixed gear bike if you stop pedalling then the rear wheel stops turning and you’ll skid - forget that and you’ll go through and awful lot of tyres. But a single-speed bike has a freewheel which means the rear wheel keeps turning whether you’re pedalling or not, far more practical for most riders. The Flyer actually comes ready for both since the rear wheel has dual attachments.

If you’re after a basic but quality commuter bike, Ridgeback is a brand with a whole multitude of options ranging from just £350 all the way up to £900. The Vanteo is a commuter-ready bike that follows on from Ridgeback’s highly popular Flight range and comes with a 3x8 Shimano drivetrain, front and back mudguard mounts and rear pannier rack mounts making it perfect for anyone who wants to take on a two-wheeled commute whatever the weather.

The other type of bike that is perfect for commuting is an eBike. For anyone who doesn't know, and eBike is a bike with an electric battery connected to a motor and provides pedal assistance (that is, it makes riding easier). You still have to pedal, you just go along with less effort. In the UK, eBikes are limited to 15.5mph which is still plenty fast enough to cover shorter distances quickly. Plus, the really good thing about an eBike is that they require very little effort compared to a normal bike, so you won't be arriving at work worn out or sweaty.

Ridgeback have a huge range of eBikes to suit all kinds of riding, but the Arcus 1 is their most affordable at just £1,599.99. Sure, eBikes aren't super cheap, but for the most part they're an awful lot cheaper than a season ticket on a train or daily petrol to and from work for a year.

The Arcus one is built around a lightweight aluminium frame and a 63mm travel suspension fork. eBikes are heavier because of all the extra hardware they carry (motor, battery, etc) so having something to help cushion the ride up front is very helpful. The Arcus uses a hub motor based in the rear wheel, which keeps the frame looking comparatively sleek and makes it a pretty good-lookng bit of kit as well as a practical one. If you want to check out the rest of Ridgeback's eBike range, you can find them on Freewheel here.