Five tools every home mechanic should own

A little bit of home maintenance work can go a long way to making sure your bike keeps working perfectly. Here are five tools that’ll help you on the way to cycling nirvana... 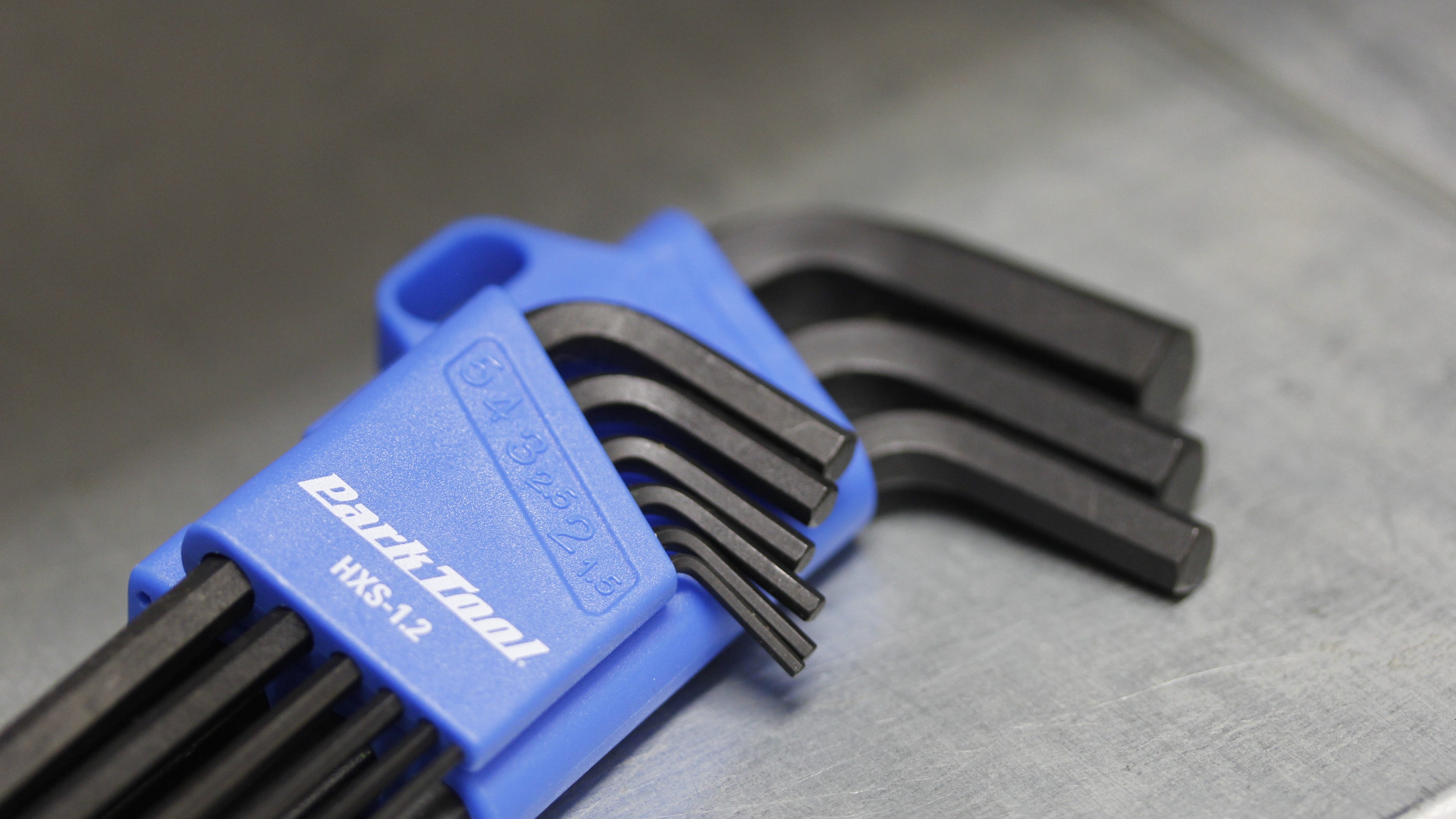 Every cyclist needs a few basic tools to make sure that their bike stays on the road as often as possible. Here are a few simple items that'll keep you riding...

Most of the pieces that hold your bike together use bolts that require allen (hex) keys to tighten and undo them. Whether you want to mount or adjust your brakes, install or remove your cranks, change your saddle height, move your bars or stem or many other tasks, you’ll need allen keys to do it.

But what you don’t want to do is just grab whatever’s left lying around from the last piece of IKEA furniture you bought (good allen keys will make IKEA easier too). Those are the sort of crap tools that’ll leave you with rounded out bolt or knackered tool faster than you can say ‘write-off’.

What you want is a solid set that’ll last, and not damage your bolts in the process. Park Tool’s HXS-1.2 are an excellent example. They’re made from hardened 8650 steel, and come with Bondhus balldriver tips on the longer arm, meaning you can get them into tight spots and make difficult to access bolts slightly less of a pain. Plus, they’re only £24.99, which isn’t a bad price for something that should last years and is covered by Park Tool’s lifetime warranty. 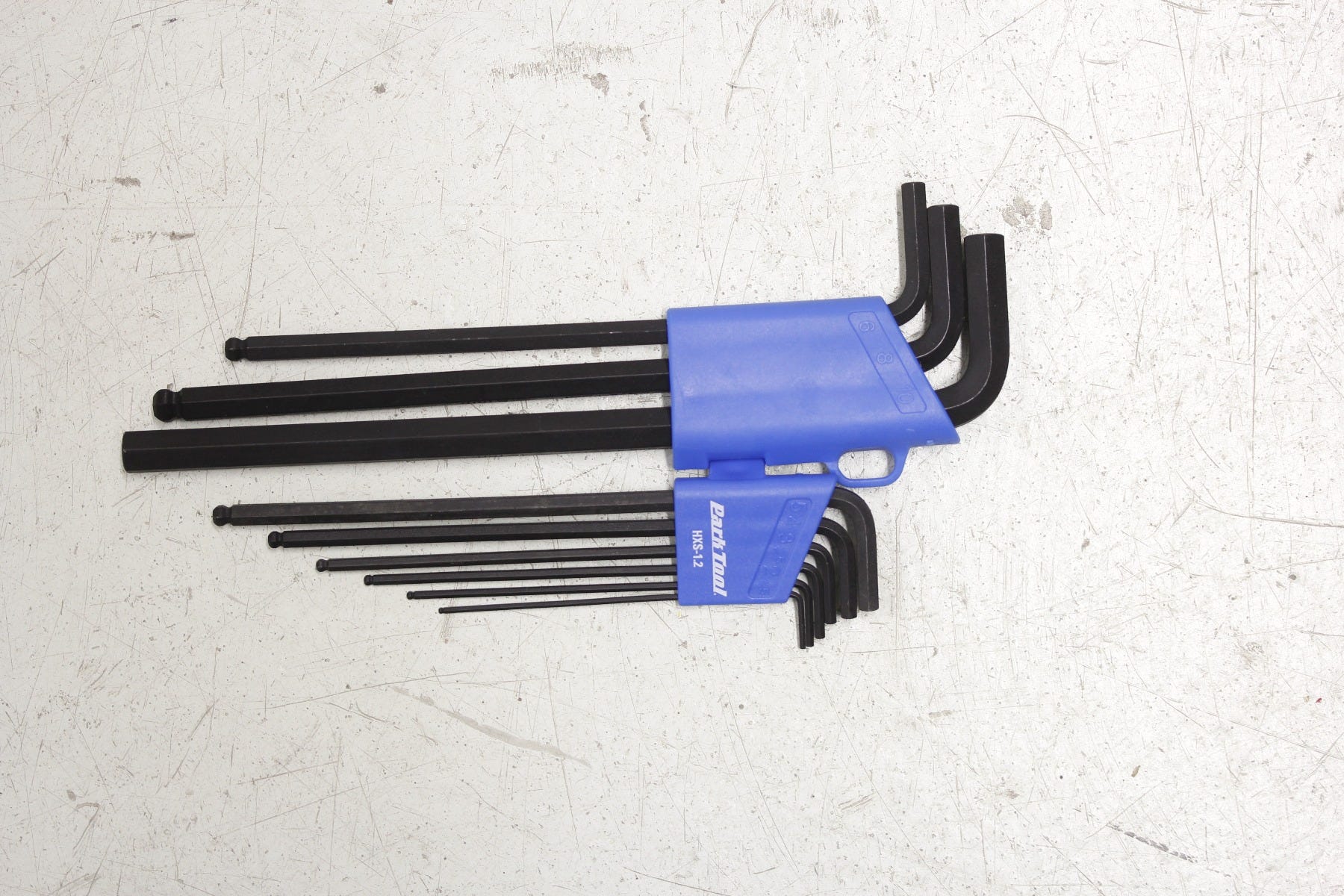 As with basically everything in cycling, there is another bolt standard you need to consider – Torx keys. The good news is that if your bike currently doesn’t use any, then these are already on the ‘don’t need’ list.

Torx keys are the star-shaped equivalent of allen keys. They used to be pretty sparse on bikes, but in the last few years have started to appear more frequently – stems being one frequent adopter. Similar to the above, Park Tool have a comprehensive, quality Torx key set – the TWS-1 – for £24.99.  These don’t have ball ends because, well, it just wouldn’t work. 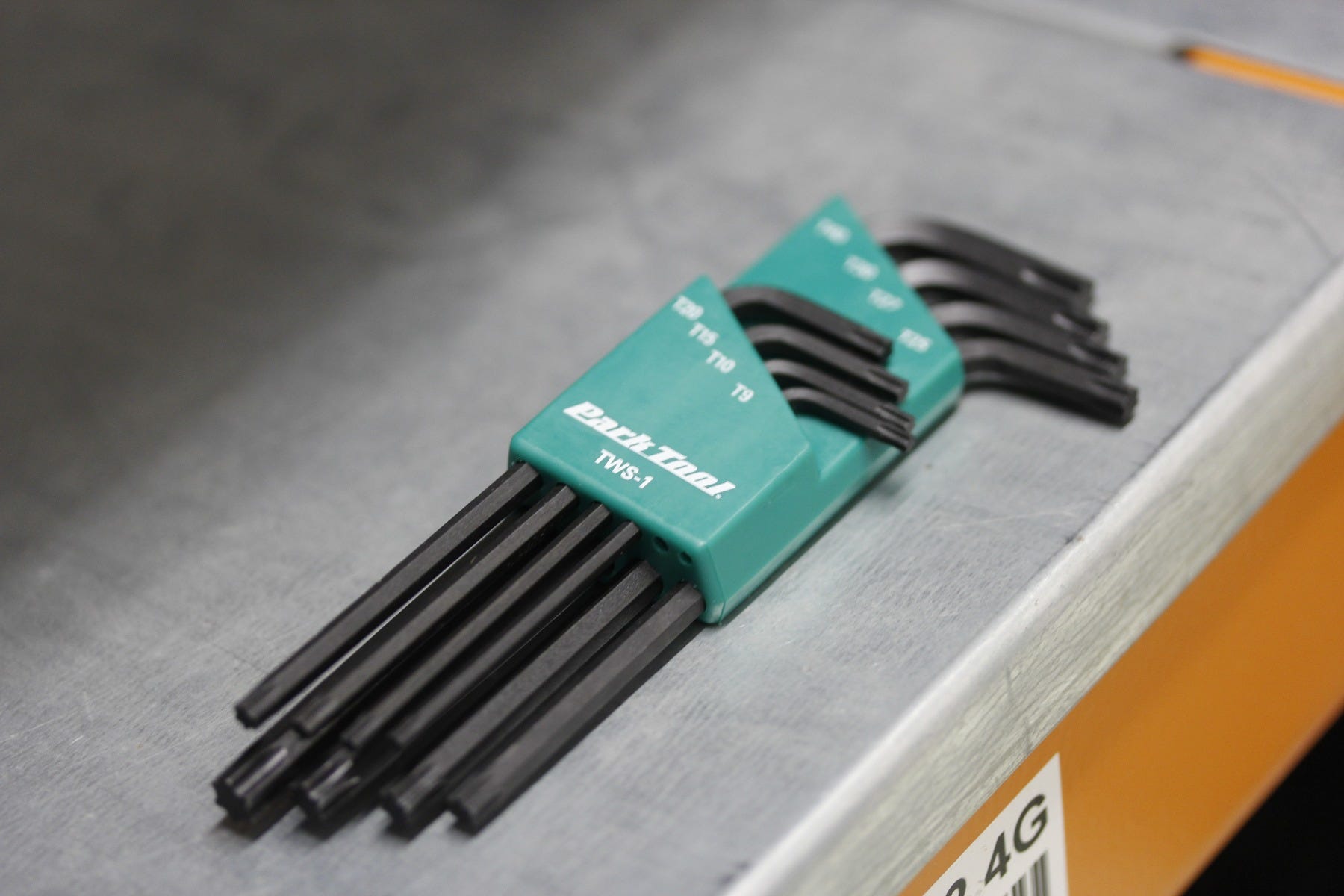 So many different varieties of tyre lever exist that it would be impossible to list them all here. However, 95% of them have one thing in common: they’re crap.

A good tyre lever has a thin enough leading edge to get under the tyre, is long enough and stiff enough for leverage, and is made of material that won’t damage your rim (especially important for carbon).

Park Tool’s TL-6 fits all of those categories. Made from plastic with a steel core, the surface is kind on your rims but stiff enough to shift even the most difficult tyres. And they’re long, too, giving you plenty of leverage. 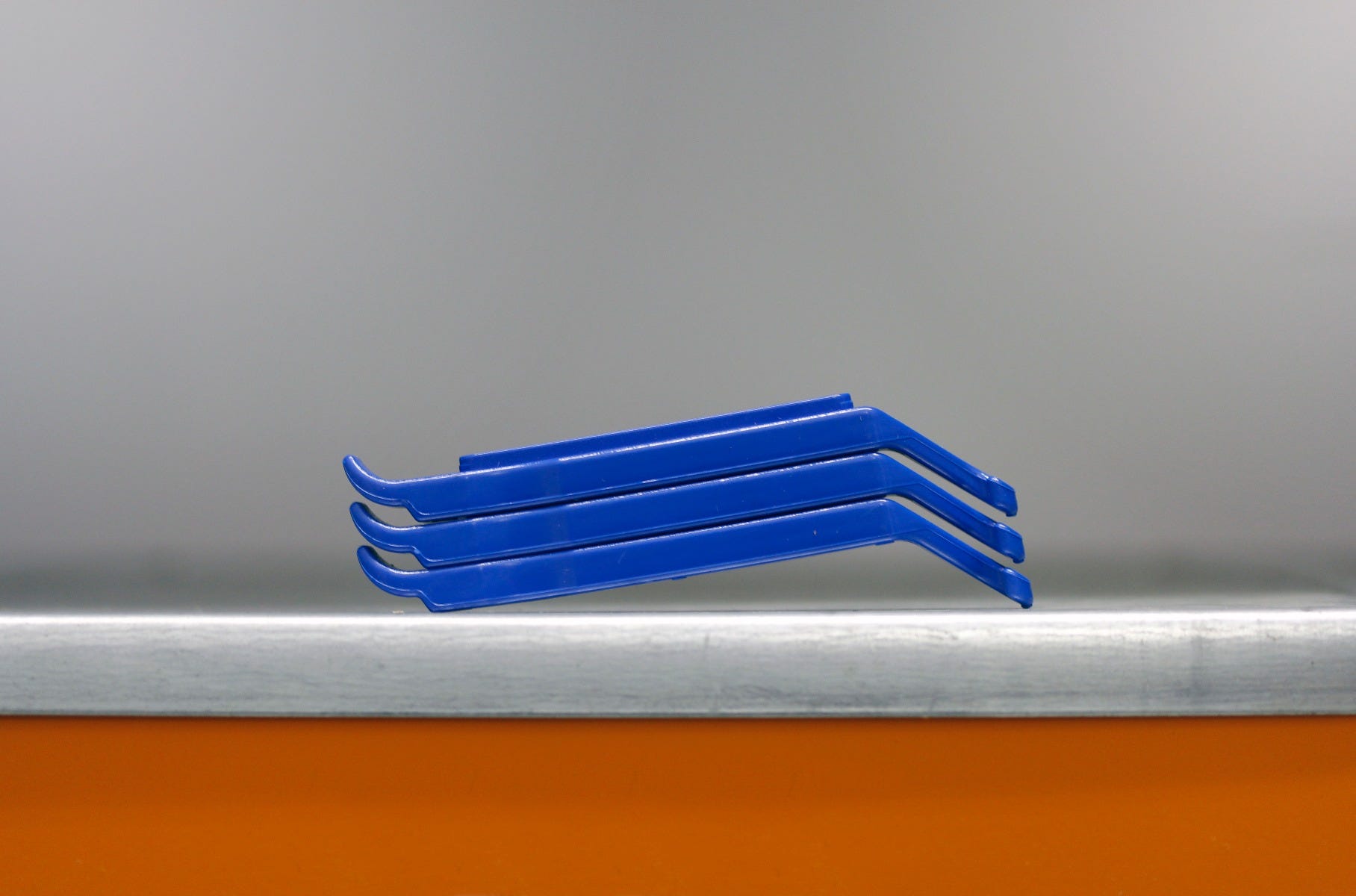 Okay, this isn’t something you’re likely to use every day, but chances are at some point you’ll want to remove/install a cassette. Whether that’s because it’s knackered and needs replacing, needs a proper clean or just because you’ve bought some nice new wheels and don’t have another one remains to be seen, but all of those require the lockring tool.

The locking tool is the little thing that fits into the locking at the end of the cassette on top of the smallest ring. To remove it, you need to turn it anti-clockwise, and the lockring tool means you can to that. Well, in conjunction with the next tool, that is.

Park Tool offer cassette tools for all sorts of cassettes, and whether you’re running Shimano, SRAM or Campanolo, they have your back. 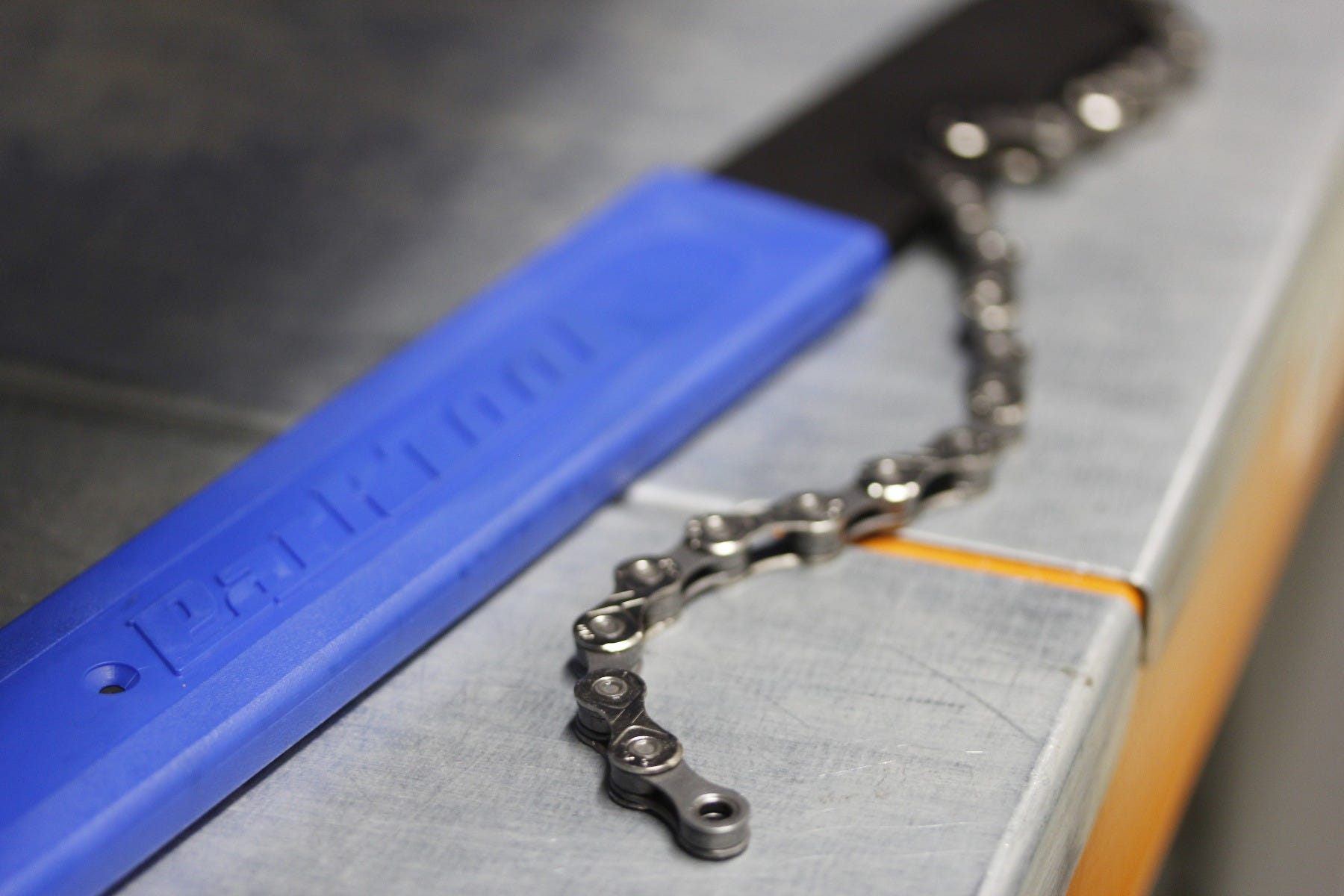 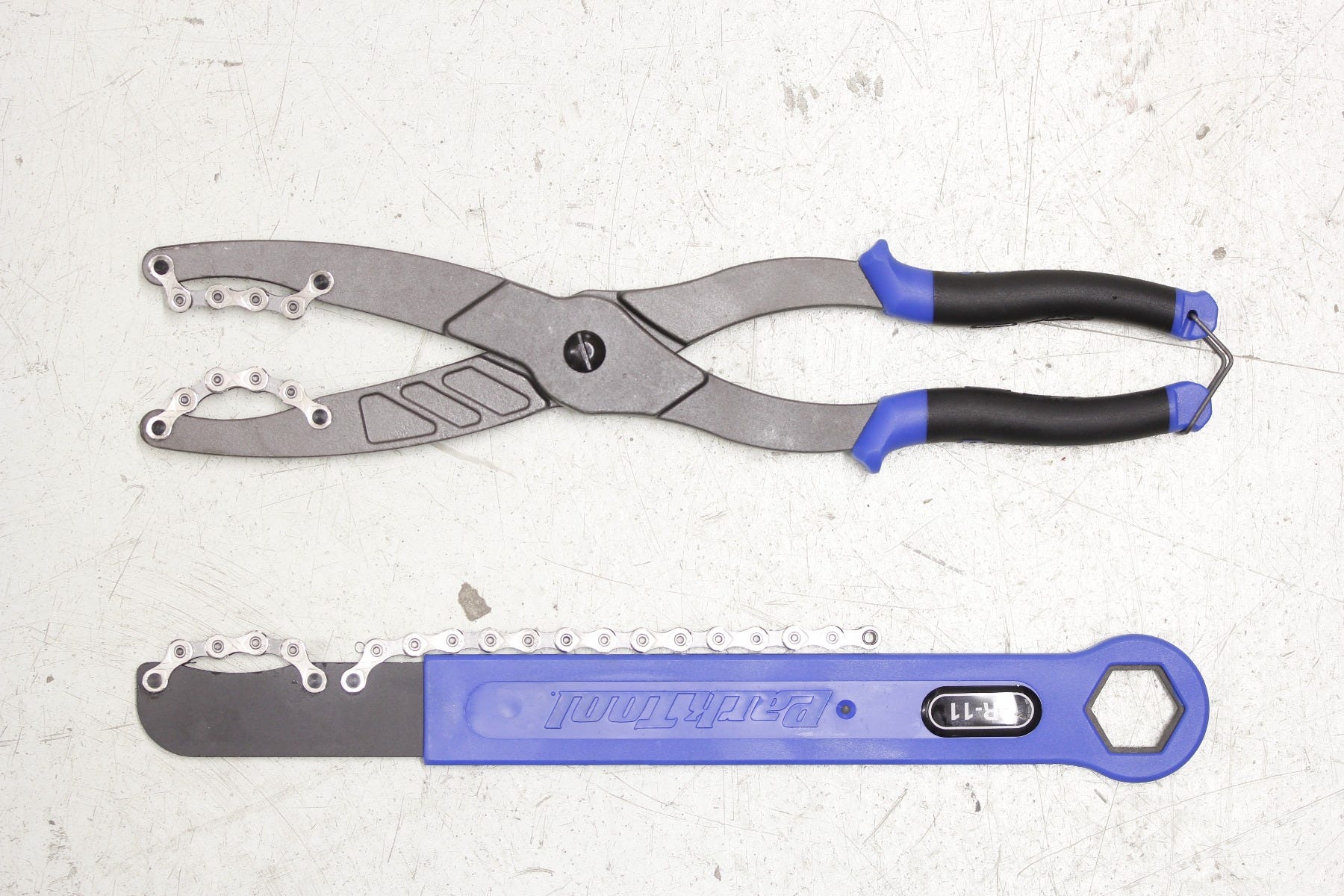 To enable you to turn the lockring tool anti-clockwise, you need to hold the cassette in place. Without doing that the freewheel will let you just turn the cassette in perpetuity without actually making any progress.

The chain whip or cassette pliers is purpose built to stop that cassette from turning while you apply force in the opposite direction. Which one you want is up to you, but Park Tool do both.